Lewis & Company – Past and Present 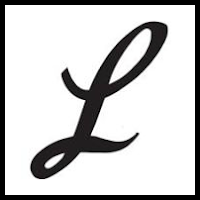 Lewis & Company has a superior record of 148 years of uninterrupted operation. Older than Ruston itself, the firm was organized at Trenton, Louisiana (present day West Monroe), on the banks for the Ouachita River in 1865 under the name of "Kidd & Lewis." The founders and original stockholders were W.A.J. Lewis, L.M. Kidd and M.B. Kidd. Today, it is believed to be the oldest continuously operating family owned and operated retail business in North Louisiana!

Both the Kidd and Lewis families were originally from Virginia. Following the traditional migration southward by moving to North Carolina, Georgia, Alabama, they finally arrived at Vernon, Louisiana (Jackson Parish) in 1858.

In 1861 business was interrupted by the Civil War. At the end of the war, they went to Trenton and established a furnishing store, handling everything of a general mercantile nature, food, wagons, farm supplies, and firearms, nearly everything that was needed by the growing agriculturally oriented community. Merchandise was received by river boat primarily from St. Louis and New Orleans. Trenton, at that time, was a thriving little river port and served as a forwarding point for shipment by ox wagons to such inland towns as Winnfield, Vienna, Homer and Athens.


The firm moved to Ruston at the town’s beginning in the fall of  1883, and business was interrupted only long enough for the  stock and counters to be moved by wagons from Trenton to a  wood frame building in Ruston, which served until a new brick  building could be constructed on present day Park Ave. The store in now located on North Vienna Street.

An interesting story is how the original lots were allotted to the new business establishments coming into Ruston. The choice lots were considered to be those facing the railroad and park. The merchants who would agree to construct buildings of brick were given the privilege of purchasing one of these lots. The location of the lot was determined by  the drawing of numbers from a hat. For many years the row of  stores facing the park was referred to as “brick row.”

The years following the turn of the century dictated and saw many changes in the physical operation of the business. The crisis resulting from the advent of the boll weevil, which destroyed the cotton crop in 1913, caused a major change in the business from a general store type of operation to one specializing more in the supplying of the clothing needs of the family. Mr. William A.J. Lewis, the founder, died in 1916 and his son, William J Lewis, took over to guide the store through the many problems that plagued the community as a result of the panic after World War I, the great depression of the 1930’s and the shortages of World War II.

For almost 90 years, Lewis & Company and the family continued to serve the community until January of 2005 when the family announced that they would be closing their doors. Competition with national chains and regional shopping centers was making life very difficult for many locally owned retailers. However, owners William Lewis and Richard Lewis quickly realized to exist in a small town, they should “young up” their department store by downsizing it into a specialty boutique and better serve consumers. And what a fantastic idea it was! This year Lewis & Company celebrated 148 years of uninterrupted operation!


Still with trends quickly changing and internet sales booming, all retailers are finding it hard to rely solely on their brick and mortar. Savvy businessmen Richard and William Lewis recognize this and are ready to change with the times, with a little help from “the girls.” Rebecca M. Lewis and Lindsey Lewis, representing the fifth generation, launched Lewis & Company’s Facebook boutique Lemons & Limes in April 2013. Check out their selection here. All items are $50 and under!

So currently in the hands of the fourth generation and the fifth spearheading online sales, Lewis & Company continues to thrive by successfully meeting the needs of a constantly changing society.

Have you started your Christmas shopping yet? Lewis & Company offers gifts for every lady on your list! Don’t forget the importance of shopping local and keeping your dollars in your community!