Located in the heart of North Louisiana is a small town filled with much culture! Ruston, LA has always been home to a very special and tight-knit arts community, but within the past year it has seen a lot of growth, and it's only going to continue to expand! Here are 6 ways the Ruston's arts and culture have made the community flourish!

What this means: Downtown Ruston is growing and being recognized for its significance in history, architecture, archaeology, and engineering. Through passion and hard work of residents, local business owners and city administration, Ruston's cultural community will continue to rise!

Ruston is creating a cultural statement by having local art portrayed in three murals throughout the city. The first of the three murals is almost complete and located in Downtown. This mural covers an entire wall with colorful shapes and the tagline “Ruston, Louisiana" and is located across from the Dixie Center for the Arts on the back of the 1938 Rainwater Building. It's bright geometric shapes are meant to be eye-catching with special images that characterize Ruston sketched within them, inspiring viewers to stop and take a closer look.

The second mural will represent Ruston’s close connection to the blind community by being displayed on the side of Louisiana’s Center for the Blind’s woodshop. This mural will also read “Ruston, Louisiana” with the addition of the words in giant braille painted beneath it.

The third mural will illustrate the city's latest shared-use trail, Rock Island Greenway. This new trail is designed for walking, running, bicycling, and will include a linear park. The mural will be on the underpass that connects Woodard Ave. to the service road off I-20. Although this mural will be painted primarily by artists, there will also be community paint days so everyone can be a part of this art project!

What this means: Ruston is continuously growing and striving to bring out and label the culture of the community. The mural project started when the city announced that Downtown Ruston was officially certified as a Historic District. These murals portray the personality of the community and will draw residents and visitors into Ruston. Plus, they create the perfect photo-opp!

Ruston established a Cultural Board to keep the arts alive. The Cultural Board has created a public art project that will help join the city and Louisiana Tech University through art. Ten large bulldog statues will be painted by local artist and strategically placed throughout the city. Ruston visitors (and locals!) can receive a “bulldog map” leading them to each sculpture. After their initial two years in the city, the bulldogs will be auctioned off to help provide additional funds for the Ruston Cultural District. If you would like to help move this project forward, vote for the video here!

What this means: The unity of local art and Louisiana Tech's mascot will bridge the gap between the local university and residents. The bulldog statues will help provide inspiration for the future and leave a lasting mark on the community. This is the perfect public project for the Cultural Board to hit the ground running and keep the arts alive in Ruston!

This past year, North Central Louisiana Arts Council (NCLAC) partnered with South Arts to bring the Southern Circuit Tour of Independent Film Makers to Ruston. Six independent films were shown at the historic Dixie Theatre - the first time Ruston has seen this style of art. Also, as part of the Southern Circuit Tour, each filmmaker came into Ruston offering question and answer sessions after the showing of their film.

What this means: NCLAC is continuously working to bring more than just one form of art into town! Throughout this tour, these indie films not only brought together the local film community, but brought in filmmakers from all over the country to experience Ruston. South Arts is returning for a second tour soon - stay tuned!

On April 8, 2017, Ruston combined their love of the arts and music and hosted the first ever Railroad Festival! Every year, Ruston has a Makers Fair in the spring and fall that showcases artists and makers of all kinds from North Louisiana. This year, a celebration of Louisiana's music scene was added to the Spring Makers Fair creating Railroad Maker's & Music Festival! The first-ever Railroad Fest transformed Downtown Ruston with talented artists, tasty food & local brews, and a full line up of bands from all over the region.

What this means: Ruston's arts and music community is getting stronger! This is the beginning of millennials in the area having an impact on the community by creating the kinds of events they enjoy. This festival showed community involvement combined with guests coming in town to visit, the festival producers plan to ride the "culture wave" and continue to grow Railroad Fest each year.

6.  The City of Ruston's Community Arts Center in the works

Ruston is currently in the process of transforming the old post office into the city's Community Arts Center. The Federal Building downtown will become the home of the arts. The City of Ruston was inspired by a painting gifted to Mayor Walker portraying the Federal Building on Vienna St. After the passing of the incredibly talented artist, Glenn Kennedy, the City wanted to incorporate the building into their Moving Ruston Forward plans. The Community Arts Center will serve as an office for NCLAC, an art gallery & shop, an exhibition space to be used for events, and much more!


What this means: This transformation of the Federal Building is a great example of how much work and energy is put into the expansion of the arts. The City of Ruston and the art community are coming together to bring more talent and vision!

Ruston and its 18-block historic downtown has always been very unique to locals and visitors from all over. It is truly a must experience part of the city, and now, it's thriving more than ever! Discover for yourself the excitement surrounding cultural projects, events and more at www.experienceruston.com! 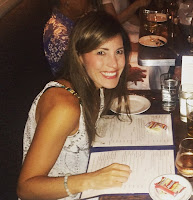 Molly is a coffee addict and a self-proclaimed foodie. She loves running, traveling and college football. Molly is passionate for local charm and bringing others to love #RustonLA. original native of Mississippi and a proud current resident of Ruston, LA!
at 9:23 AM